Trump finally listens to the populace.  About fff....in time!!!!

After maintaining that immigrant family separation was the result of a Democratic law that could only be changed through congressional action, President Trump abruptly reversed course Wednesday by signing an executive order aimed at keeping families together as they are detained at the U.S.-Mexican border. "We’re going to have strong, very strong borders, but we’re going to keep the families together," the president said as he signed the order. "I didn’t like the sight or the feeling of families being separated." 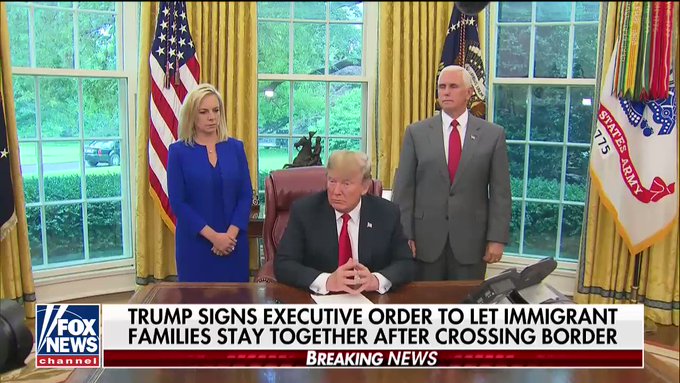 Earlier Wednesday morning, Trump said that signing the order is "somewhat preemptive" and that it "ultimately will be matched by legislation, I’m sure."

On Monday, Department of Homeland Security Secretary Kirstjen Nielsen accused reporters of deliberately misrepresenting the severity of the situation at the border while claiming that the "zero tolerance" policy that caused the government to separate over 2,300 children from their parents didn't exist. "Congress alone can fix it," said Nielsen, who was reportedly helping draft the order Wednesday morning. Trump also claimed the situation was out of his hands. "You can’t do it through an executive order," the president said last Friday.

In reality, not even an executive order was necessary to prevent families from being separated, as there was no "law" mandating this action in the first place. When Senator Lindsey Graham said Trump could put a stop to it by "picking up the phone," he wasn’t exaggerating. A quick call instructing Attorney General Jeff Sessions to rescind the "zero tolerance” policy the administration instituted last month would have done the trick. The order signed by Trump Wednesday afternoon does not do this, though. Adults crossing the border to seek asylum will still be prosecuted. The order only allows their children to remain with them as they await their fate.

When reporters caught up to a frazzled-looking Sessions following Trump’s announcement Wednesday morning, the attorney general wasn’t able to offer much more than a belief that "the president knows what he’s doing." 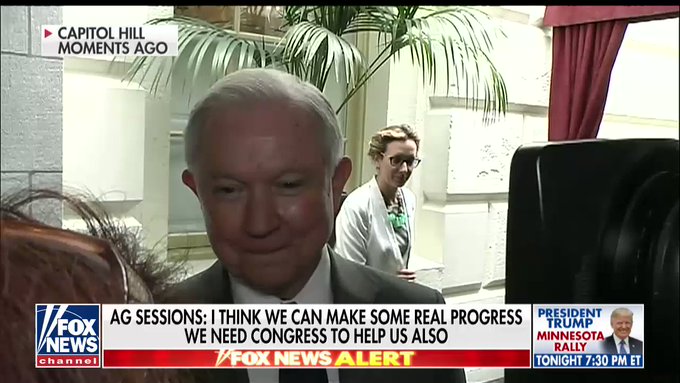 Attorney General Jeff Sessions: "I think @POTUS knows what he's doing and we are supportive and working with him."

But this embarrassing reversal may be the starkest proof yet that Trump and his administration have absolutely no idea what they’re doing.

The news certainly seems to have taken Sessions by surprise, and Vice President Mike Pence – who was sitting across from Trump as the announcement was made – didn’t appear to know it was coming, either. Minutes before Trump revealed that an executive order would occur, Pence reiterated the administration’s false, soon-to-be-outdated claim that the policy is actually a law. "Right now under the law, we only have two choices before us," he said. "Number one is to not prosecute people who come into our country illegally, or to prosecute them, and then, under court cases and the law, they have to be separated from their children." 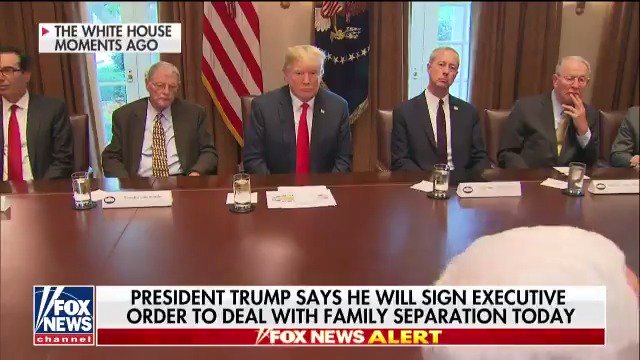 .@VP: "As @POTUS made clear, we don't want families to be separated. We don't want children taken away from parents, but right now under the law... we only have two choices before us. #1 is don't prosecute people who come into our country illegally, or prosecute them..."

As is the case with the majority of the false statements made over the course of his presidency, it's unclear whether Trump was lying or just confused as he maintained he had no power to prevent family separation. What is clear is that his reversal is not a sign of compassion. If it were, it would have happened last week when the severity of the situation was made public. Trump signed the order because the bipartisan outrage over the policy became too intense even for his shameless administration to withstand.

The chaos that preceded the order's signing is further proof that nearly every move the administration makes is improvised, and that there has never been any real plan for how to deal with immigration other than projecting strength to tide over his base while the White House tries to figure out how to deliver the long-promised border wall. To Trump, signing the order is an act of weakness, and his claim that he's doing it because of how "important" it is to keep families together is as big of a lie as any of the many he's offered up since taking office.

And here's me thinking this is a site about rock music!

And here's me thinking this is a site about rock music!

‘The First Time’ With Bruce Springsteen
16 hours ago

David Bowie in 1985 imitates Bruce, Dylan and others
2 days ago

So what do you think of the new archive release: 1984-08-06 The Time Is Right For A Palace Revolution
2 days ago

Photographer Danny Clinch Discusses The Inspiration Behind Springsteen’s ‘Letter To You’ Cover Photo
9/17/2011:26 AM