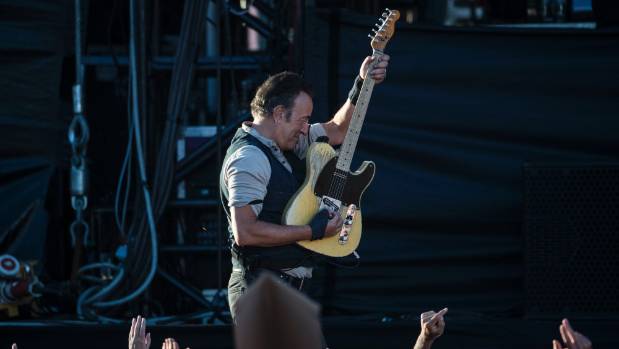 Bruce Springsteen rocking out at his Christchurch gig on February 21, 2017.

It was called Operation Spring and was a secret mission to bring rock star Bruce Springsteen to Christchurch for the first time.

The secret efforts of city events company VBase to host the US musician, nicknamed The Boss, in Christchurch are revealed in new files released under the Official Information Act.

But Christchurch ratepayers will never learn how much the deal for the February 21, 2017 gig at the AMI Stadium cost them. The Ombudsman upheld a Christchurch City Council refusal to release the financial details of the deal. 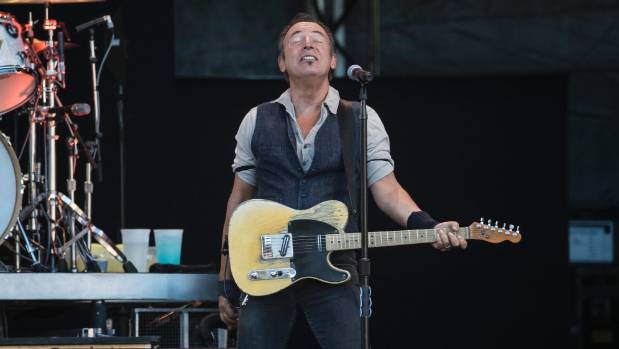 The gig was the first time Springsteen had played the South Island.

However, the released files reveal: 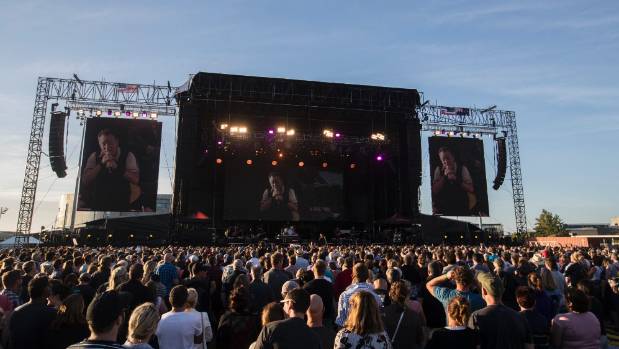 The gig required months of negotiations and planning by city-owned events company VBase.

- VBase feared council would hog credit for the coup.

- The original date had to be moved to avoid clashing with the Black Caps.

- The Crusaders moved a home game to make way for The Boss. 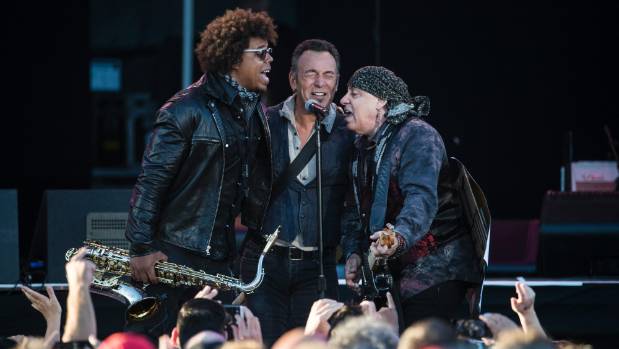 - A special extension to the council's noise curfew was sought to allow for Springsteen's famed four-hour playing time.

- VBase feared a repeat of the Foo Fighters Christchurch gig in 2015, where crowds were still queueing to get into AMI Stadium at the start of the gig.

Negotiations for the Springsteen gig began in April 2016. The deal was "99 per cent certain" by July 2016, signed in early August and announced in September.

VBase senior account manager Turlough Carolan wrote in an email in July 2016 that "the date they want to come is Feb 22, 2017."

"Goes without saying this will be a massive coup for the city to have BS [Springsteen] playing on the sixth anniversary of the quakes. We couldn't have timed it better," he wrote.

But the date caused "headaches", according to an email from VBase sales and marketing manager Janelle Frost. It clashed with a Black Caps game at Hagley Oval.

"We don't think the city has the resources to deliver both of these major events," she wrote.

"We have told the promoter that we really advise moving back to the 21 Feb date."

She also said it would be hard to prepare AMI Stadium for a Crusaders home game on February 24. The Crusaders game was eventually moved to the next day and Springsteen moved a day earlier to the eve of the quake anniversary.

The emails also show how VBase was intent on keeping the negotiations secret, including a suggestion that Crusaders chief executive Hamish Riach should sign a non-disclosure agreement.

Frost also expressed concern that council would hog credit for the gig.

"This event was 100 per cent a VBase effort with no support from council. They have a history of quickly riding ... our coat tails and given the timing of this event we can imagine they will want to take the kudos."

VBase staff started planning the gig before a deal was signed to avoid the problems that plagued a 2015 Foo Fighters gig in Christchurch. It appears VBase was willing to pay a crowd management company to help with the Springsteen gig.

VBase stadiums venue manager Peter Maddock forwarded a quotation from crowd management company Foam Hand with the warning "hope you are sitting down".

But Frost replied saying it was worth the money.

"To be honest, we simply can't afford to stuff this up so in the scheme of things the overall investment is worth it."

The VBase files were released 17 months after Stuff requested them from city council under the Official Information Act. The council initially refused the request, so the decision was appealed to the Ombudsman.

The Ombudsman ruled in December 2017 that the financial details should be kept secret, but some files should be released.

"While this particular event is a one off, VBase continue to negotiate future events," Ombudsman manager Letitia Perry wrote.

"The release of the financial details of this event may well compromise future negotiations VBase could have concerning potential events/venues."