It was showtime when Domenic Santana bought the Stone Pony and reopened it in 2000.

The spotlight was on Asbury Park.

“On opening day you had 13 satellite trucks, live from Asbury Park,” Santana said. “When I saw that I said, ‘bases loaded, we got to hit it out of the park!’ I was well rehearsed. I knew that that didn’t have a second chance.”

Local and national crews were on hand, including CNN, and so was Gov. Christine Todd Whitman as the Smithereens and Gary U.S. Bonds played over the Memorial Day weekend. The Pony, which opened on Feb. 8, 1974, had been shuttered since 1998. The Asbury Park waterfront, frankly, looked like a war zone.

“There’s something I’ve been wanting to say for a long time,” Whitman told the crowd of a couple of hundred people, including reporters, outside the club. “And I just can’t think of a better time to say it: Greetings from Asbury Park!” 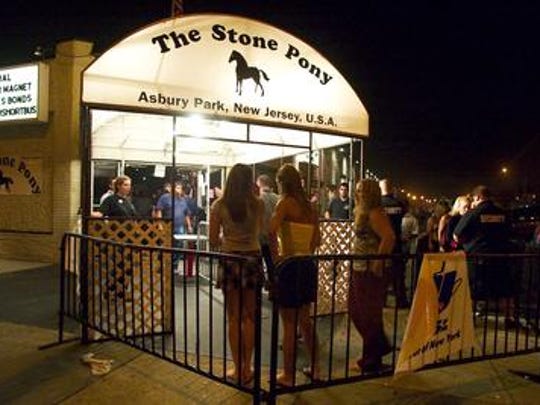 Lines form in front of the Stone Pony on the night of a show. (Photo11: APP Correspondent)

Bruce Springsteen and the E Street Band sent their greetings.

“Along with many other New Jersey music fans, I’ve spent a lot of memorable nights at the Pony,” said Springsteen via fax. “The E Street Band and I would like to wish you good luck at its reopening.”

Those were dark days. The Stone Pony had closed twice in the 1990s, first when original owners Jack Roig and Robert “Butch” Pielka went bankrupt in September 1991 and then when Steve and Judy Nasar shut the doors in 1998 after changing the name of the Pony to Vinyl.

The plight of the club matched the blight that the Asbury waterfront had become after decades of a downward economic spiral that was exasperated by the 1970 riots in the city.

“It was ‘Night of the Living Dead.’ It was the ‘Twilight Zone.’ It was Beirut by the Shore, like what the hell happened to this place?" said Santana, never at a loss for words. “It was surreal and yet magical.”

By 2000, there were the stirrings of a revival. Artists were a starting to set up shop in downtown store fronts, the gay community was moving in, and Madonna producer Shep Pettibone had rechristened the nightclub inside the Empress hotel as Paradise. 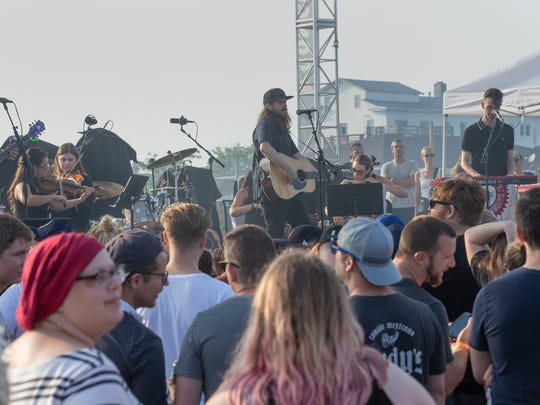 The Stone Pony, even though it was closed, was known around the world. Santana, who owned and operated the Hard Grove Cafe in Jersey City at the time, bought the Pony with several partners for $375,000. The club was decorated to harken back to the club’s — and the city’s — glory days, with Asbury Park memorabilia and a checkered floor.

The Asbury Park retro concept, which the Pony still has, was a first for the city then, and it’s been subsequently used in city venues like the Asbury hotel. 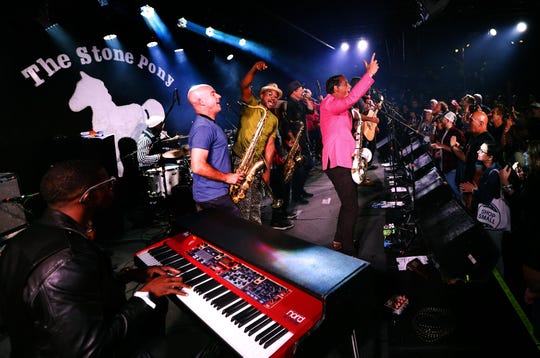 “It’s like walking back in time,” said Smithereens guitarist Jim Babjak at the 2000 re-opening. “Only now, it’s cleaner.”

Santana and his crew, which includes current house promoter Kyle Brendle, presented a mix of legacy artists and new acts on the Pony stage, like Samhill, who scored a contract with Epic Records less than a year after performing at the Pony’s reopening.

Jon Bon Jovi and David Bryan performed at a 9/11 benefit at the club, and the Boss was no stranger.

“He helped a lot of causes without the causes even finding out that he was who was helping,” Santana said. “He would give me stuff to give to different charities who were raising funds and he would say just don’t tell them that I gave it to you, Domenic, but make sure they get it so they can sell it.”

The Boss performed at the first Parkinson’s-fighting Light of Day at the Pony in November 2000.

Russell Crowe and his band 30 Odd Foot of Grunts visited the Pony in August 2001.

“What a (expletive) prima donna he was,” Santana said. “30 Odd Foot of Grunts, that band sucked. They were horrible, but he was a superstar and the women came for Russell Crowe. He had a van full of Louis Vuitton bags that he gave out to all the girls in the front row. Are you kidding me?”

Great White played the Pony a week before the Rhode Island show in February 2003, when 95 lost their lives due to a fire in the club sparked by the band’s pyrotechnics.

“You put my life in jeopardy by doing what you did the week before,” Santana said. “That could have been us.”