OatsTougher Than The Rest
Chris Jordan  Asbury Park Press
Attention Bruce Springsteen fans, make sure you stick around until after the final credits of “Bruce Springsteen's Letter to You.”

The movie, a filmed accompaniment to Springsteen's new album “Letter to You,” starts streaming on Friday, Oct. 23. Stop reading here if you don't want to know beforehand what happens.

Continue if you do.

Stay with the movie if you don't want to miss Springsteen and his cousin Frank Bruno perform a bonus track, “Baby I,” after the credits. The song, originally recorded by the Boss' early group, the Castiles, is one of the first Springsteen ever wrote, and it was a collaboration with the late George Theiss, his Castiles bandmate.

The Boss performs the song on Theiss’ guitar, a ’60s model that has a speaker in the body.

“Bruce Springsteen's Letter to You” features Springsteen and the E Street Band recording “Letter to You” in Springsteen’s Colts Neck home studio. The film, directed by Thom Zimny , is at once intimate and full of big rockin' bombast.

After all, it is the E Street Band.

The songs are set off by Springsteen ruminations of their essence, not unlike last year's “Western Stars.” But this time they're in the recording studio, not Springsteen's barn.

Come on in, the mixing board is warm and the music is loud. 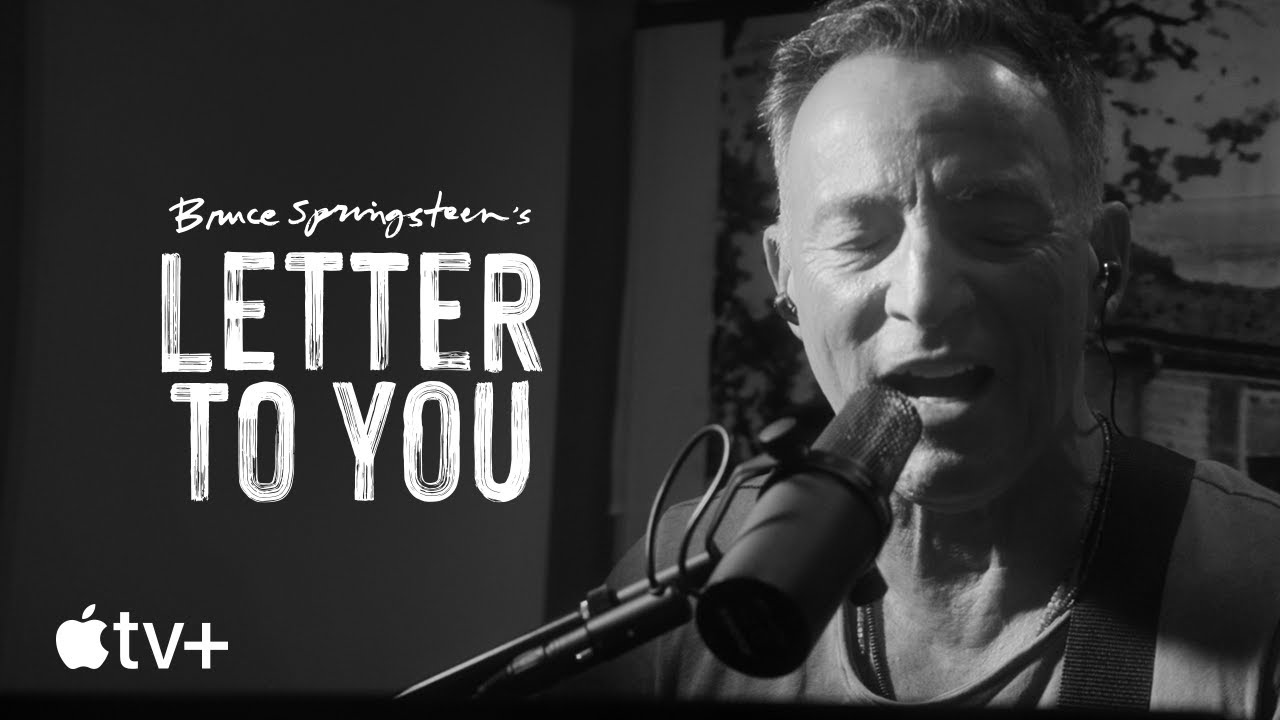 In other news, the Bruce Springsteen Archives and Center for American Music at Monmouth University will release a conversation with Tom Morello and Bob Santelli in which Morello talks about his book, “Whatever It Takes,” at 10 a.m. Thursday, Oct. 22, on the Springsteen Archives series, “Soundstage.”

G'bye, mate:  Bruce Springsteen says he'll be on 'next plane' to Australia if Trump wins reelection

“Creating this book brought back a lot of memories and reminded me why I made the commitment to rock 'n' roll all those years ago,” said Morello in a statement. “It’s also an honor to have 'Whatever It Takes' become part of the collection at the Bruce Springsteen Archives and Center for American Music. I’m sure it’ll be in great company.”

The book is limited to 2,000 numbered copies signed by Morello.

“Tom Morello is one of the original thinkers in rock ‘n’ roll,” said Santelli in a statement. “His new book takes us on a photo journey of his career, from his early days, through Rage Against The Machine, his time spent with Bruce Springsteen and the E Street Band, and his mission to make rock 'n' roll part of America’s political process. It’s a ‘must’ for Morello fans.”

Skipja?k... see there is a hidden track.  lol

Skipja?k... see there is a hidden track.  lol

I have to say it is one of the most amazing music films I've seen.

It's 2 a.m. here in Canada and I have the Letter To You film cued up to go for Friday!