OatsTougher Than The Rest
Part of the SHORT STOPS series 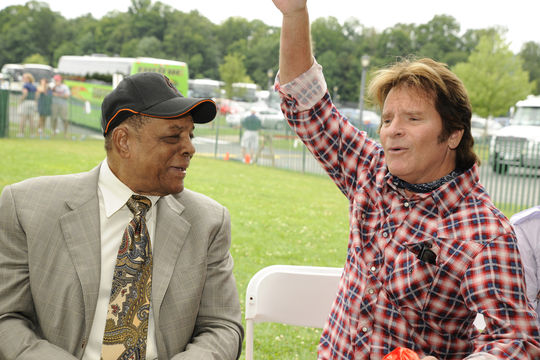 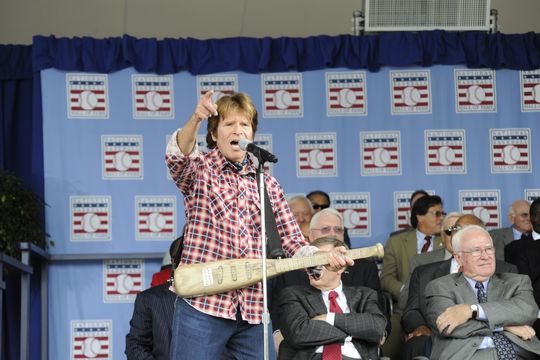 Music and baseball have been paired for years. And perhaps no song is more associated with baseball after “Take Me Out to the Ballgame” than “Centerfield”, John Fogerty’s ode to baseball, one of his greatest loves.

“The lessons of baseball – the hits, the misses, the triumphs, and the losses – were something that I could really relate to in my life,” Fogerty said.

In 1985, the song “Centerfield” was released on the album of the same name. A talented musician, songwriter and singer, Fogerty wrote the song and played all of the instruments for the album. In his autobiography, Fogerty wrote: “I thought I was really tempting fate by doing a rock and roll song about baseball. It hadn’t happened before.”

Luckily for baseball and music fans, he did tempt fate and “Centerfield” became a huge hit that is still played in baseball venues all over the country. After the song became popular, Fogerty commissioned the making of a Louisville Slugger baseball bat guitar that he used for a few years to play the song in concert.

In 2010, for the album’s 25th anniversary, the National Baseball Hall of Fame and Museum invited John Fogerty to its annual Induction Ceremony to play “Centerfield” on “Slugger”. Afterwards, the guitar would be displayed in the Museum.

But “Slugger” almost didn’t make it. The famous guitar was in storage at a facility in Nashville, Tenn., when severe storms caused the Cumberland River to flood in May 2010. It was underwater for nearly five days before it could be salvaged. However, it was repairable, and today is one of the most unusual items in the National Baseball Hall of Fame and Museum.

Sign In To Reply
Post
Ten years ago today-9/23/12 Birthday Show
2 hours ago
Rumored new album Only The Strong Survive out in November?
6 hours ago

BITUSA-Multitrack snippets on YT
14 hours ago