“I was sick of me,” says the E Street Band singer, guitarist and songwriter of what inspired the cinematic ‘Summer of Sorcery,’ out in May 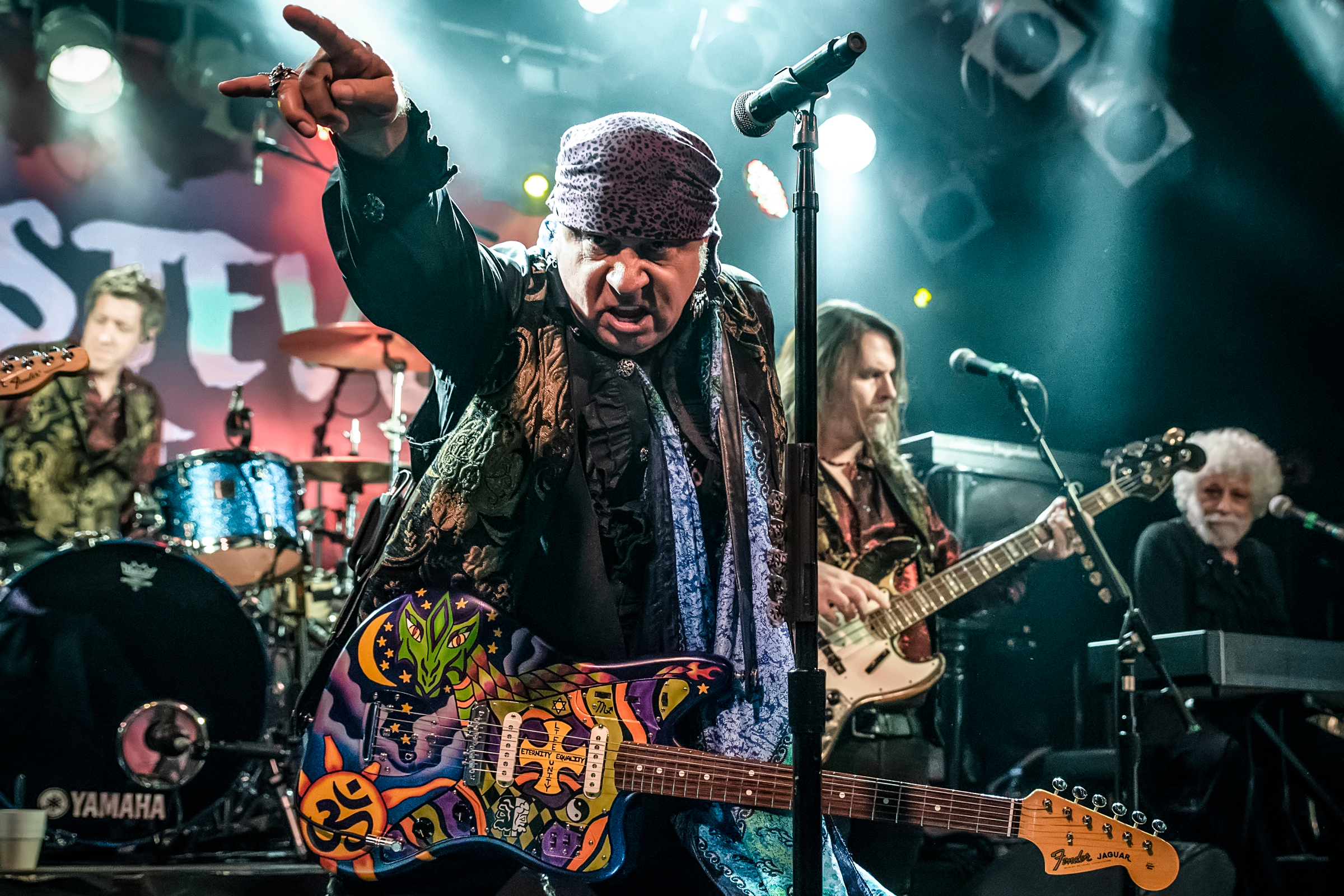 Steven Van Zandt knows what you’re thinking, especially when the topic is his music and not his acting. You hear his name and immediately imagine a bandana-clad rock gypsy who sings and plays heated, self-righteous diatribes about politics and life in a justice-challenged America. And he doesn’t disagree with you. “All my previous solo records were very political and very personal,” he says from his Manhattan home. “And I wanted to get away from both of those things. I wanted to fictionalize my life. I was sick of me.”

Van Zandt’s first step in that direction came when he heard that his longtime employer, Bruce Springsteen, would be heading to Broadway in 2017. “I said, ‘I might as well use the time,’” he says. On that year’s Soulfire, Van Zandt revived his inactive solo career, his long-dormant band name (Little Steven and the Disciples of Soul) and several songs he’d written for other artists but had never cut himself. “As soon as I did Soulfire, I said, ‘I should evolve this to the next logical place,’” he recalls. “All my records in the Eighties were diverse, but the music was always second to the lyrics. This time I wanted the music to come first.”

For his next project, Van Zandt started with a new song, “Summer of Sorcery,” which he says was “relatively new territory for me — I’d never wandered into that Van Morrison area very often.” Starting with that swirly, strummy reverie, a new idea took shape: what he calls “a concept loosely about going back and experiencing the first summer of consciousness, first time in love, first experiences in life and that thrill of unlimited possibilities.”

Working with his current band, Van Zandt rode that feeling into Summer of Sorcery, the most eclectic record he’s ever made. Set for May release, it largely dispenses with protest songs and revels in the rock, soul and R&B of his Sixties youth. On tracks like “Soul Power Twist,” “Vortex” and “Love Again,” he returns to the sort of Jersey Shore soul shakers he once wrote for Southside Johnny and the Asbury Jukes. “I wanted to write some of those songs for me,” he says. “I would’ve given those to Southside, but I never wrote them for myself.”

The album also ventures into Phil Spector–style pop (“A World of Our Own”), Latin music (“Party Mambo”) and garage rock (“Communion”). Even more striking are the lyrics, which avoid autobiography in favor of character studies, like the lovesick romantic in “A World of Our Own.” “Every singer is an actor, and the song is the script,” he says. “And you’re selling it. You’re convincing the audience you are who you say you are. In this case, I had to inhabit the body of that person, and I played and sang along with these different movies that required my singing to be different.”

The results are particularly felt on “Suddenly You,” which features a rare Van Zandt swoony croon. He also points to the horn-swinging “Love Again,” which he calls “a complete fantasy” inspired by pop of a bygone era. “I was thinking about Sam Cooke singing ‘I ain’t got nobody’ [in ‘Another Saturday Night’] and yet he was having sex with two or three women a day!” Van Zandt laughs. “But there’s nothing autobiographical about this one.”

Still, Van Zandt couldn’t shut out current events entirely. “Superfly Terraplane” portrays a new anti-gun and pro–social-media generation, while “Gravity” laments the denigrated state of the country (“Two hundred years of muscle/You blew it all trying to be the boss”). “I couldn’t help myself,” he shrugs. “It pulled me back in.”

Yet he admits it’s ironic that he’s made one of his least political records during one of the country’s most tumultuous times. “I got that with Soulfire too: ‘What are you doing?’” he says. “It’s unbelievable what’s going on. We’re in a civil war here. But my usefulness now is trying to bring people together and find a common ground.” Van Zandt learned a hard lesson when he launched TeachRock, a rock-history–based education program for schools around the country. “I didn’t endorse Obama and I didn’t criticize Trump,” he says. “TeachRock is the biggest thing I’ve ever done in my life, and I didn’t want a teacher in Alabama saying, ‘I don’t want to follow this liberal.’”

Van Zandt will be taking the Summer of Sorcery songs on the road starting this summer through October. He hasn’t heard anything about future E Street Band roadwork, but he knows he needs to take advantage of his break — and the chance to play his own songs — as much as possible. “If Bruce goes back out,” he says, “we could be gone two years.”

Until that happens, assuming it does, Van Zandt says he’s going to enjoy stepping away from himself. “There’s nothing more anxiety-producing than trying to understand yourself and analyze yourself,” he says. “It’s exhausting.”

Sign In To Reply
Post
I usually stay out of the political arena with my posts especially in our Springsteen Discussion topics but...
4 hours ago

Trailer: Letter to You Documentary
7 hours ago

"Farewell To The Thief"... If you missed the latest Chapter of From Our Home To Yours...
9 hours ago

A 4 minute video interview with Thom Zimney from S. Florida's Channel 6
9 hours ago

Do you like, take it or leave it, love or hate 'Letter To You' the album? Tell us how you feel?
1 day ago