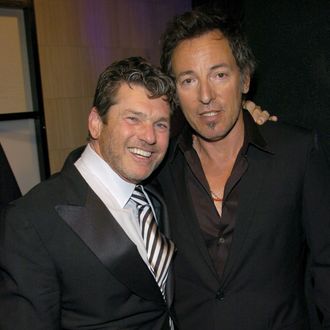 As any good memoir should, Like a Rolling Stone, from Rolling Stone (magazine) founder Jann Wenner, is likely to burn a few bridges — between Wenner’s shade for recent Rock & Roll Hall of Fame inductee Irving Azoff and thoughts on the state of his own former magazine. On top of it all, thanks to an unforced error, his relationship with good friend Bruce Springsteen could be on the rocks. Okay, not quite, but Springsteen would have reason to be a bit mad, considering it sure sounds like Wenner just leaked news of the Boss’s new album.

Speaking to Billboard about his disdain for anything that isn’t classic rock, Wenner let slip that he has been listening to a “stunning” new album from Springsteen. “I’m kind of stuck with the music I liked when I was young,” he shared. “Give me the Stones. There’s a new Bruce record coming out this fall, which is stunning. I’m listening to that.”

Springsteen’s publicist could not confirm the new album to Vulture, but new music would make sense — Springsteen is touring next year (good luck affording tickets) and has been on a prolific streak in recent years. Maybe we’ll hear more tonight, when Springsteen interviews Wenner about his book at 92NY.

I think that Flynn podcast scooped this like 3 weeks ago.

Kind of a bummer as it dilutes Letter To You as a primary driver of that tour.  Would have loved 6-8 songs from that album as tour regulars.

Although, since I won't be going, bring on a new album!

There was never any chance this was gonna be a Letter To You tour. It's just too old. And with news that there may be some shows or a show to coincide with this album in the fall I still think we will see something else by February.

It's going to be another River tour.

Sign In To Reply
Post
Ten years ago today-9/23/12 Birthday Show
2 hours ago
Rumored new album Only The Strong Survive out in November?
6 hours ago

BITUSA-Multitrack snippets on YT
13 hours ago