OatsTougher Than The Rest
After Minneapolis, Young returned to Winnipeg to meet up with Crazy Horse.
By Chris Riemenschneider Star Tribune

WINNIPEG – Call it the yin to Neil Young’s Minneapolis yang.

After finishing his rejuvenating run of four solo acoustic shows for iced-in Minnesota fans last week, the Canadian rock hero steered his vintage silver tour bus up to his hometown of Winnipeg, treating audiences to two electric performances Sunday and Monday with his old warhorse of a band, Crazy Horse.

If the longtime California resident wanted to experience winter again, he got more than he bargained for. The brutal subzero temperatures in Winnipeg were about the only thing these shows had in common with last week’s, aside from the way the 73-year-old rock legend wandered deep into his forest of classic tunes.

When Neal goes electric, he goes all in. And when he does it with Crazy Horse, he does it with an unpredictable attitude and a grin wide enough to span the Red River that cuts through downtown Winnipeg.

With Nils Lofgren as an MVP fill-in guitarist — the E Street Band member played on a couple of Young’s early-’70s albums — Crazy Horse came back from a four-year hiatus for just a handful of shows last year. These two gigs seemed like a warmup for more, as well as a warm gesture to the city where the bandleader learned to play rock ’n’ roll.

Sunday’s opener took place at the rustic, 1,600-capacity Burton Cummings Theater, named after the former Guess Who singer who was one of Young’s early cohorts. “I thought they should’ve named this the Deveron,” Young said, referencing an earlier Cummings band (and the fact that he borrowed their guitar amp).

He talked about touring the city Saturday with a bandmate from his own teenage group, Jack Harper of the Squires, and seeing the room where he wrote an early version of “Don’t Cry No Tears.”

That choice oldie was the first of several songs picked off the Crazy Horse-anchored 1975 album “Zuma” during the Winnipeg stand, which continued Monday in the bigger, fancier, acoustically pristine Centennial Concert Hall. Young even wheeled out the little-played “Zuma” cut “Danger Bird” — with its magnificent mad swirl of guitars — on the second night, and delivered a slow-stewing, poutine-thick “Cortez the Killer” both nights.

Both shows opened with a half-hour version of the solo sets played in Minneapolis, including “Old King” on banjo and “Journey Through the Past” on piano (which drew a wild cheer when he got to the “going back to Canada” line).

He also strummed an acoustic gem not offered last week, “Distant Camera,” which seemed to reflect a bittersweet tinge of sentimentality as these shows so closely followed Young’s marriage to actress Daryl Hannah and the death of his ex-wife, Pegi Young. Sample lyrics: “Life is changing everywhere I go / New things and old both disappear / If life is a photograph / Fading in the mirror.” 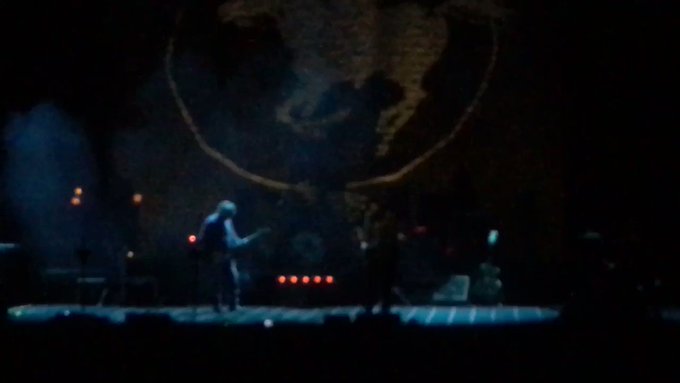 Once Crazy Horse’s members plodded out on stage, though — lanky Billy Talbot on bass and backward-ballcapped Ralph Molina on drums — Young turned up the playfulness along with the volume and looked like a carefree, boneheaded kid again.

As in Minneapolis, the set lists varied wildly. Night 1 leaned heavily on 1990’s amp-blowing comeback record “Ragged Glory,” starting with the blistering opener “Love to Burn” and including an extra-jammy “Love and Only Love.”

Night 2’s electric set kicked off with a slow-building “Rockin’ in the Free World,” then turned lighter, looser and twangier with the ’90s rarity “Wonderin’ ” and the raggedly glorious oldies “The Losing End” and “Roll Another Number,” the latter featuring Lofgren on barrelhouse piano.

Lofgren seemed to be downright overjoyed trading guitar licks in “[Bleepin’] Up” Monday, and piling on the crunch in “Hey Hey, My My (Into the Black)” as a finale both nights.

Another song cranked out both nights, “Winterlong,” came off like a would-be anthem for this homecoming, since it’s about enduring a bitter, cold journey for the hope of warmer, happier days. The sheer challenge of trekking to Manitoba in February guaranteed that these gigs were for locals and die-hards only — along with a few hardy (and now spoiled) fans from Minnesota. 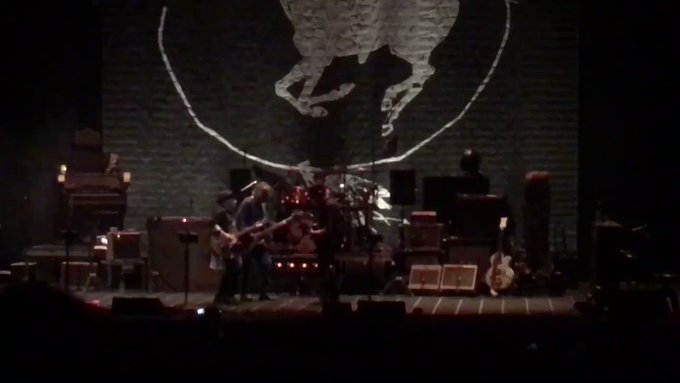 Chris Riemenschneider has been covering the Twin Cities music scene since 2001, long enough for Prince to shout him out during "Play That Funky Music (White Boy)." The St. Paul native authored the book "First Avenue: Minnesota's Mainroom" and previously worked as a music critic at the Austin American-Statesman in Texas.

Sign In To Reply
Post
Rolling Stones updated Top 500 Albums of All Time - 1% are the Boss's.
6 hours ago

Ghosts - Drops in 99 minutes!
1 day ago
Bruce and the family through the years... in no particular order.
1 day ago