The new club will be located in the Roslyn Hotel and is hoping to attract some of the big acts who played at the original. 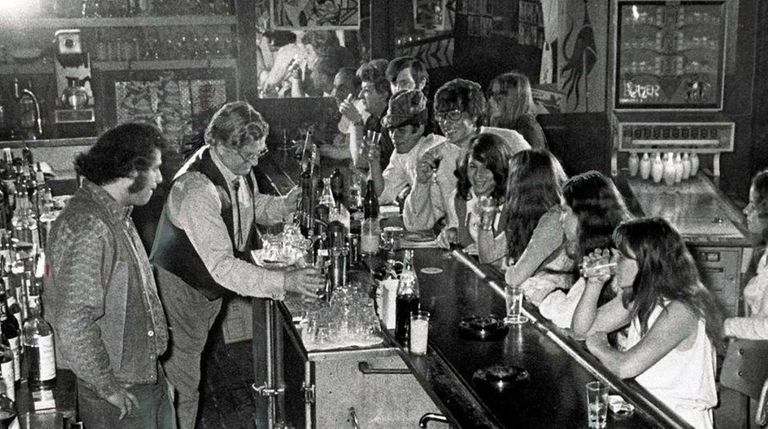 My Father’s Place, the legendary club that brought the likes of Bruce Springsteen, Bob Marley, the Ramones and U2 to Roslyn until it closed in 1987, will rock once again next spring.

Michael “Eppy” Epstein, who founded the club on Bryant Avenue in 1971, confirmed Monday that he had signed an agreement to reopen the club in The Roslyn Hotel.

“I want to do stuff that no one else is doing,” Epstein said. “I want to give people a live music experience unlike anything else on Long Island.”

My Father’s Place at The Roslyn Hotel will feature both a supper club with a capacity of 200 for established national acts and an upscale restaurant with a capacity for 60 that will have a small stage for up-and-coming artists. Once renovations are completed, Epstein said he expects to present more than 150 shows a year in the space.

And he plans to call on acts who played at the original My Father’s Place early in their careers — from Sting to Billy Crystal — to see if they want to come back to do something special at My Father’s Place at The Roslyn Hotel. Epstein also hopes that fans of the old club will return.

“It’s a continuation of the business,” Epstein said. “If you were 18 when you went to My Father’s Place, you’re 50-something or 60-something now and you want a place with a nice tablecloth, a nice chair and an intimate concert performance.”

Epstein said the new venue will be a joint venture with The Roslyn Hotel’s new owners and outside investors. In April, 935 Lakshmi LLC, headed by Upper Brookville’s Sudhir Kakar, purchased The Roslyn Hotel for more than $14 million, with Manhattan-based Bridgeton Holdings managing the 77-room hotel. “Being part of the reintroduction of an iconic club like My Father’s Place, which is stitched into the history of Roslyn, goes a long way in reviving excitement in the area for our guests and the residents of Roslyn,” Kakar said in a statement.

Epstein said he is eager to remind people of the My Father’s Place brand. The club became known around the world, in part, because shows from there were often broadcast live on WLIR-FM and recorded for other radio stations to broadcast, and also because bands would recall it fondly in interviews and other performances.

Epstein has promoted shows across Long Island, including most recently Glen Cove, since My Father’s Place closed. He promised for years that he wouldn’t open another club unless it was in the town where he started. “Now, I’m back,” he said, laughing. “And I’m in Roslyn.”