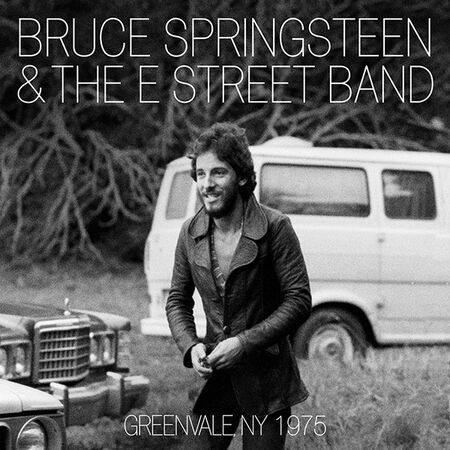 THUNDER ROAD / TENTH AVENUE FREEZE-OUT / SPIRIT IN THE NIGHT / LOST IN THE FLOOD / SHE'S THE ONE / BORN TO RUN / IT'S MY LIFE / IT'S HARD TO BE A SAINT IN THE CITY / BACKSTREETS / KITTY'S BACK / JUNGLELAND / ROSALITA (COME OUT TONIGHT) / 4TH OF JULY, ASBURY PARK (SANDY) / SANTA CLAUS IS COMIN' TO TOWN / DETROIT MEDLEY / FOR YOU / SHA-LA-LA / QUARTER TO THREE

Thank you Bruce and Nugs

Taking All I Can Get, No Regrets

At its core, the Live Archive series functions as an aural time machine, transporting us back to performances preserved in our memories or, better still, to shows only a few fortunate souls witnessed in person.

Based on that criteria, C.W. Post College, December 12, 1975 announces itself as an exemplar of the Archive series, placing us in the best seat in the house on Long Island to experience a stupefying performance by Bruce Springsteen and the E Street Band at the height of their circa 1975 powers.

After wrapping a four-date, European tour in November, the final month of 1975 saw Bruce play his first proper Canadian shows, return to major markets Boston and Philadelphia, and perform at small colleges and universities across the northeast. The C.W. Post concert (along with a show at Seton Hall in South Orange, NJ) was the closest gig to New York City. Judging by the rapturous audience response preserved by this recording, the Gotham fanbase made the trek to Long Island. With audio cabling laid through the auditorium leading to a truck parked outside, it was also clear to those in-the-know that the show was being recorded—one more catalyst for a heightened reaction.

The Archive series holds an embarrassment of riches from late 1975, including New Year’s Eve in Philly; the covers-laden, second London show in late November; and the conversion of Los Angeles at The Roxy in October, each noteworthy in its own way. Yet the C.W. Post performance stands out, somehow marvelously loose and inch-perfect tight at the same time. Tempos are zooming, the mood is celebratory, and if London and Los Angeles were about winning over new fans, C.W. Post aims to blow away the hardcores.

The same can be said today, as this is the Born to Run tour show you didn’t know you needed but unequivocally do. The 24-track, Plangent-Processed analog recording, newly mixed by Jon Altschiller, is 4K vivid, rich in both on-stage detail and event atmosphere. It couldn’t sound any fresher or clearer, and The Beatles Get Back parallels don’t end there.

We start in traditional 1975 tour fashion with the stark, piano-version of “Thunder Road,” a rollicking, pacey “Tenth Avenue Freeze-out,” and “Spirit in the Night.” Immediately, Stevie Van Zandt’s guitar work jumps to the fore, as he improvises atop familiar licks, adding appealing shading and variation throughout an evening where his playing is the first among equals.

“Lost in the Flood” benefits from the aforementioned looseness, as Bruce unwinds the tale a little differently, while the E Streeters enhance the drama, bursting forth after Bruce sings “Jimmy the Saint,” led by Van Zandt’s bending guitar note.

“She’s the One” opens on a long harmonica intro riding Stevie’s guitar-pedal prowess and Roy Bittan’s peerless piano. The band joins full force after the first verse and chorus, another moment of irresistible dynamics as the rhythm section makes their presence known through Garry Tallent’s deep bass and Max Weinberg’s big beat and splashing cymbal work. An outstanding version.

Following “Born to Run” comes the first-ever performance of The Animals’ “It’s My Life,” a cover that would become a cornerstone of Springsteen shows for the next 14 months.. As Brucebase writes, “In the 1987 BBC documentary Glory Days, Max Weinberg spoke about the premiere of ‘It’s My Life’ when he was asked if Bruce had ever launched into a song without telling the band what he was going to play. Max said that the band had never rehearsed the song before playing it in concert, but fortunately they all knew it.”

The recent Beatles documentary is filled with jaw-dropping moments where songs like “Get Back” and “Let It Be” spring to life in real time. Fan accounts confirm “It’s My Life” was not soundchecked at C.W. Post, yet out of thin air it begins, minus the familiar story intro. For the first minute or so, the band feels its way through, the arrangement deferential to the original but being E Streetized right before our ears. Confidence grows, and somewhere close to the middle of the song they realize, “We’ve got this.”

“It’s My Life” would go on to become a setlist staple for the next year and into early 1977. Its sentiment and the story-intro that developed around it set the stage for Bruce’s own “Independence Day.” In the 2000s, the band regularly assayed cover songs suggested by signs in the audience, but this isn’t a one-off—it’s the origin moment for one of the most significant cover versions Springsteen ever performed. Sure, any card-carrying member of the E Street Band knew The Animals’ original, but to drop “It’s My Life” in mid-set, seemingly unhearsed as Weinberg claimed and the C.W. Post arrangement supports, is audacious, joyful, and thrilling to hear.

Be that as it may, Bruce wastes little time segueing into a sprinting “Saint in the City,” and again the E Street Band flexes their musical muscles all the way through to the breakneck conclusion. A passionate “Backstreets” ensues, and one can only marvel at the level of performance by each member of the band. The spotlight justly turns to them for a long “Kitty’s Back” showcase, which finds the E Streeters in fine form not only instrumentally but vocally, too.

“Jungleland,” “Rosalita (Come Out Tonight)” (including Roy leading a “Hernando’s Hideaway” vamp), and “Sandy” continue an exceptional evening, each rendered as good or better than its 1975 peak. Bruce’s famous cover of “Santa Claus Is Comin’ to Town” follows. The C.W. Post performance was quickly mixed after the show and released to supportive radio stations on tape. In the early 1980s, it was officially released, first on Columbia’s In Harmony 2 children’s compilation and later as the b-side to “My Hometown.”

The new version proves to be virtually identical to the original, save for a charming mix change that lets us more clearly hear the band members’ distinct responses to Bruce’s intro, including Steve’s emphatic, “IT’S CHRISTMAS TIME!”

The encore extends with a cracking “Detroit Medley” that starts with a bang and rides some awesome chugga-chugga guitar riffing from Van Zandt. The stage then clears, and Bruce moves to the piano for a scintillating solo performance of “For You,” dedicated to his then-girlfriend Karen Darvin. The solo “For You” is a high point in the London 11/24/75 Archive release as well, but each reading is unique, and the C.W. Post version is distinctly captivating.

The band returns, and as they get set, Roy does another “name that tune” vamp, this time on “Don’t Be Cruel.” Bruce tells the boisterous crowd, “You guys are nuts!” before counting in “Sha La La.” Once more, Van Zandt lays down a blazing guitar lead and Springsteen’s high-energy vocals reflect his mood, which carries through to the closing number, “Quarter to Three.” The audience response during the song is bananas, perhaps causing the first cracks in the Post Dome that would collapse under the weight of snow in January 1978. It’s possible.

“Quarter to Three” concludes—as it must—with Bruce declaring, “I’m just a prisoner… of rock and roll!” Of that there can be no doubt, vouched for by those fortunate enough to be at C.W. Post on that December night, or the rest of us reliving the experience through this sublime addition to the Archive series.

How curious that the song Nugs has selected to represent the latest archival release, was DROPPED the night Bruce premiered Santa Clause, Dec 2, 1975.

Those of us who were there that night for our long awaited 1st live Springsteen show have never gotten over the trauma of losing the chance of seeing live an acoustic performance of ‘For You’ to SCICTT.   Thanks Nugs.  Pour salt on the wound and hang just out of reach.