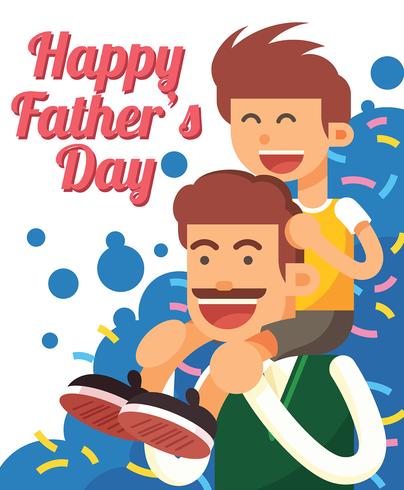 Happy Father's Day Oats.  Wasn't it your little one that had the pink inflatable saxophone during the Rising tour?

Hard to believe that was around 15 years ago.

Thanks Oats!  The same to you!

I'm one grandchild behind you. No pink saxophones yet.

In 2007, on October 14 in Ottawa, I took my oldest daughter to see Bruce for the first time. We were seated about six rows up behind the stage. In the encores, during Born To Run, at the very end of the instrumental break after the bridge, she's dancing in the aisle, and the Boss points right at her. Arm straight out,  index finger extended, for about two seconds that seemed to last forever for her.

Crystal puddled right up. Man was she ever a mess, LOL. Bruce runs back to the mic....."One, two, three, four....The highway's jammed with broken heroes...." I had to pick her up off the floor.

My daughter was 12 at the time. Just before BTR Bruce brings out members of Arcade Fire, one of her fave bands. They do State Trooper and Keep The Car Running. It was a crazy, good night.

Fire years later, she's 17 and we're headed back up to Ottawa for the Wrecking Ball show. On the drive up, she asks me if Bruce has any awful songs, any songs that are crappy. Because my daughter is working as a grocery store cashier at the time, I bring up Queen Of The Supermarket.

"I never heard that one," she says. "That's because I never play it," I tell her. For her, I dig out the WOAD disc and give it a spin.

"Hey, I like that one! Any chance he'll play it tonight?"

"Not a chance! He's never played it. Not once."

That night, a woman in the crowd who worked at a Sobey's just down the block from the arena holds up a sign for Queen of the Supermarket.

Bruce plays it solo, and with some obvious help from the teleprompter, nails it perfectly.

My daughter is absolutely baffled. "How does he do what he just did?"

Anyone out there with any father and son / daughter stories like this, I'd love to hear them.

Ally carried that sax around cuz we were always on the left side facing the stage right between Clarence and Nils, a little closer to "C'. She used to listen to me playing the boots and liked the music but Clarence was the one one that really got to her.  He would blow her kisses and point to her.  She adored him.  One of her happiest moments was when Clarence signed that Pink Sax for her.  I still have it,.  I was afraid she'd lose it.  I owe Clarence and his memory a debt of gratitude for those moments.  It brought my daughter and I closer together.  Which meant a lot to me as I was splitting up with her mother at the time.

"Your brother can't make it , do you fancy coming?

"Yes, but none of this in and out in 24 hours mularky.  I want shopping - lots of it ! You had better change the Euro Star tickets".

She fondly remembers eating duck and drinking pink champagne  at the fab restaurant at  midnight with SPL  friends.

" What was the best bit about the gig?"

" Um...  your friend crying during Thundercrack and getting the train up from London on my own -

I have just had the "oops forgot your card call" - I reminded her  of the Leeds trip and she still holds the same view  " Yes, loved the train , I read Bridget Jones' Diary"

I am sure  I posted a previous Father's Day present from the older two kids  a while back. The shared anniversary of our first shows. Those two will always come to Bruce shows  but the youngest  is not so interested. He only came once -  Emirates 08.  Quite liked the call/response of Out in the Street and then announced he was having a sleep but to wake him up before " Sprung From Cages".

Nice memories folks. My daughter is five months old now, but was at Springsteen on Broadway, Granted, she was still in her mother's tummy, but I assume that counts?

She's our first, and we heard her foetal heartbeat for the first time just a week beforehand. The stories about his mother and father packed extra punch for us that night.

Thankfully my kids are as nerdy and socially awkward as I was at their age so I should be in the clear for a while.

Thankfully my kids are as nerdy and socially awkward as I was at their age so I should be in the clear for a while.

I don't know, man, I don't know. I look around and think those are the qualities teens are looking for in each other these days. Honest to God that is the story of how I became Grandpa.

Do you like, take it or leave it, love or hate 'Letter To You' the album? Tell us how you feel?
5 hours ago

Consequence of Sound Reviews the Documentary: Letter To You
11 hours ago

A Spin Review: Bruce Springsteen’s Letter to You Is a Prayer of Strength and Resilience in the Face of Death
17 hours ago