the rumours in the UK tabloid press are rife for Brucie to headline again next year.

if anyone is going this year and is lucky enough to score tickets then pop by and say hi.

Yeah, I just read about it.

GLASTONBURY 2019 line-up rumours have been flying off the handle.

Just one day stands before festival revellers will be able to log on to buy coach tickets for the Worthy Farm extravaganza.

But who's going to be headlining the hotly-anticipated festival?

According to a source close to Glastonbury organisers, Bruce Springsteen will be taking one of the spots on the infamous Pyramid Stage.

The American singer-songwriter, 69, last played the infamous stage in 2009.

Madness, Lily Allen, Blur, Kasabian, and Tom Jones were amongst other acts that performed across the three-day event.

The Born In The U.S.A singer is also being tipped by Paddy Power for the slot at 6/1.

The bookies, despite not taking any more bets, are also tipping Artic Monkeys, Foo Fighters, Madonna and Drake at 2/1 for iconic post. 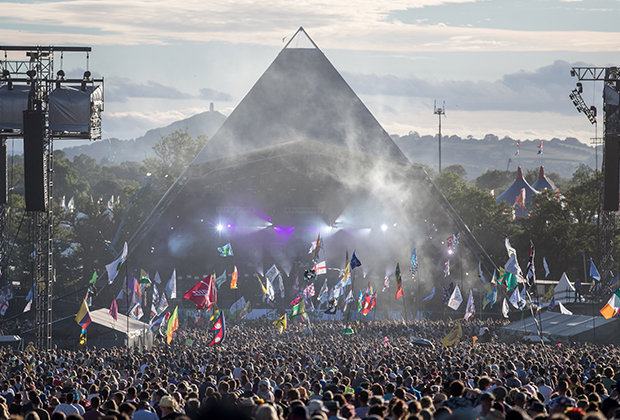 RUMOURS: Who will headline the Pyramid Stage? RELATED ARTICLES

REMINDER: Set your alarms to book your Glasto tickets

“We've seen plenty of money on Madonna to head the bill, like a virgin, playing Glastonbury for the very first time”

Meanwhile, Coldplay and Bastille have been listed at 3/1, and Biffy Clyro, Guns n Roses and Elton John are all on at 4/1.

A spokesman for Paddy Power told us: "As fans get ready to buy their tickets for the return of Glastonbury, we've had to stop taking bets, as we're confident the headliners are now known.

"Following an epic string of performances on their current tour, Arctic Monkeys are the favourites to be a headliner next year.

"However, we've seen plenty of money on Madonna to head the bill, like a virgin, playing Glastonbury for the very first time."

The only act confirmed for Glastonbury 2019 so far is Kylie Minogue.

The Oz pop princess is set to play the legends slot – 14 years after she pulled out following her breast cancer battle.

General admission tickets go on sale on Sunday October 7 at 9am and the official line-up is set to be announced in the Spring.

Sorry, to get your hopes up.

tickets secured in this mornings stressfest.

back to the farm we go, maybe a bruce solo show with a bleechers guest slot this time round

Steve Lamacq interviews Bruce Springsteen prior to his performance at the Glastonbury Festival.

Steve Lamacq interviews Bruce Springsteen prior to his performance at the Glastonbury Festival.

We're unable to DL or listen to this on our side of the pond.  It appears to be blocked.

nothing special, but I missed it first time around

it's been 10 years since Bruce was there

I recorded the whole show back in 2009 on the camcorder but the sound is terrible. Did the full broadcast ever get released, I think the BBC only showed the partial performance. I will have to dig out the tapes and share them for someone to dub and master.

McCartney, Fleetwood Mac, Springsteen (the latest rumours over here in the UK)

tickets for this event next year (possible bruce) require registration well in advance for any chance of getting a ticket.

Sign In To Reply
Post
I usually stay out of the political arena with my posts especially in our Springsteen Discussion topics but...
21 hours ago

Trailer: Letter to You Documentary
21 hours ago

"Farewell To The Thief"... If you missed the latest Chapter of From Our Home To Yours...
1 day ago

A 4 minute video interview with Thom Zimney from S. Florida's Channel 6
1 day ago