Iconic songwriter and performer, whose critically acclaimed autobiography is shared reading for the class, will speak at First Year Academic Convocation on September 10; event will be live streamed.

Singer, songwriter, and legendary performer Bruce Springsteen, whose best-selling autobiography Born to Run provides an intimate portrait of the inner struggles and triumphs of one of America’s most beloved musical icons, will address the Class of 2024 at Boston College’s First Year Academic Convocation on September 10.

Springsteen published his memoir in 2016 to critical acclaim for his candid exploration of family, faith, personal battles, and his relentless pursuit of musical perfection, providing an unobstructed view of his life’s journey from a poor upbringing in Freehold, N.J., to international acclaim as a 20-time Grammy winner, Academy Award recipient, and Presidential Medal of Freedom honoree.  He and his wife, Patti Scialfa, are the parents of three children, including their son Evan, a 2012 Boston College alumnus.

The event will be livestreamed beginning at 7:00 p.m. For more information, visit the First Year Experience website. 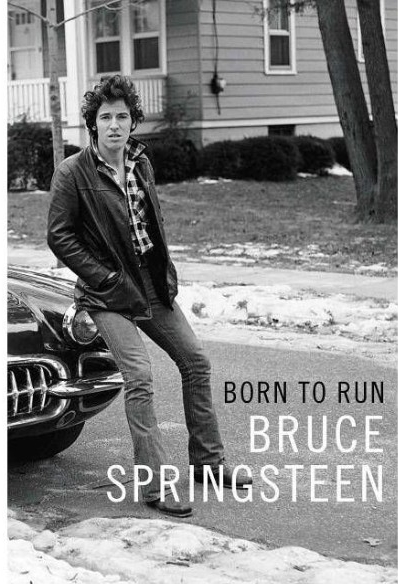 This summer, all first-year students received Springsteen’s book and a reflection guide to help examine the themes raised in Born to Run­­--family dynamics, personal relationships, addressing adversity, and setting and fulfilling aspirations--and how they might intersect with their own lives.

“At Boston College, we have long understood from the Jesuits about the importance of engaging students in a conversation that encourages their growth intellectually, socially, and spiritually,” said Executive Director of Student Formation Michael Sacco. “The format of the conversation can vary, but the aim remains to encourage students to be attentive to their experiences and reflective of their meaning, with the hope that this will help them discern their role in the world.

“Through his songs, Bruce Springsteen has been such a conversation partner to his audience, masterfully portraying the American experience through lyrics that inspire reflection about our world, our families, our jobs, our struggles, and our relationships. But in his memoir, Bruce reveals the conversation he had with himself as he approached many of his life's crossroads.  In doing so, Bruce shares how attentiveness, contemplation, and authenticity played a key role in his personal growth and honing his immense talents.  Each BC student brings a unique set of talents, and reading Bruce’s story will give them an invaluable perspective as they begin their formation at Boston College.”

First launched in 2004 as a formative experience and unifying event for all incoming students, the First Year Academic Convocation has featured award-winning authors ranging from Ann Patchett (Run) and Colum McCann, (Let the Great World Spin) to political leaders Barack Obama (Dreams From My Father) and John McCain (Lives of Moral Leadership).  Considered the signature academic event of freshman year, the convocation has become a beloved BC tradition that melds the University’s Jesuit, Catholic mission and heritage with its commitment to the liberal arts and formative education.

“Through his songs, Bruce Springsteen has long been such a conversation partner to his audience, masterfully portraying the American experience through lyrics that inspire reflection about our world, our families, our jobs, our struggles, and our relationships . . . Each BC student brings a unique set of talents, and reading Bruce’s story will give them an invaluable perspective as they begin their formation at Boston College”

Born to Run has been lauded by critics for its frankness and eloquence, written in the authentic voice of a tenacious son of New Jersey who is considered the greatest songwriter of his generation and the poet of the American experience. NPR described the book as a “virtuoso performance,” the New York Times called it “frank and gripping,” and “intensely satisfying,” while Rolling Stone magazine described it as “an utterly unique, endlessly exhilarating, last-chance power drive of a memoir.”

Following its release, Springsteen read from the book and shared personal reminiscences in “Springsteen on Broadway,” which ran for more than a year and received a special Tony Award. His appearance at Boston College will be his first and only college visit.

Bruce has gifted many institutes of higher learning that family members have attended with financial gifts or personal appearances for fundraising for decades.

Apparently the school had to clean up a bunch of things that looked like the image below after his B-52 flew by.  I can't say I understand it but they say it was quite a mess:

When Bruce calls for bombing a place with the blues, you best take him seriously.   People forget he called for a Wrecking Ball at the old Giants Stadium, and THIS is what happened. Bruce has gifted many institutes of higher learning that family members have attended with financial gifts or personal appearances for fundraising for decades.

That cuz it was a secret mission.  Those reports are filed away with the Kennedy papers.

I think we all need another new studio album to talk about!