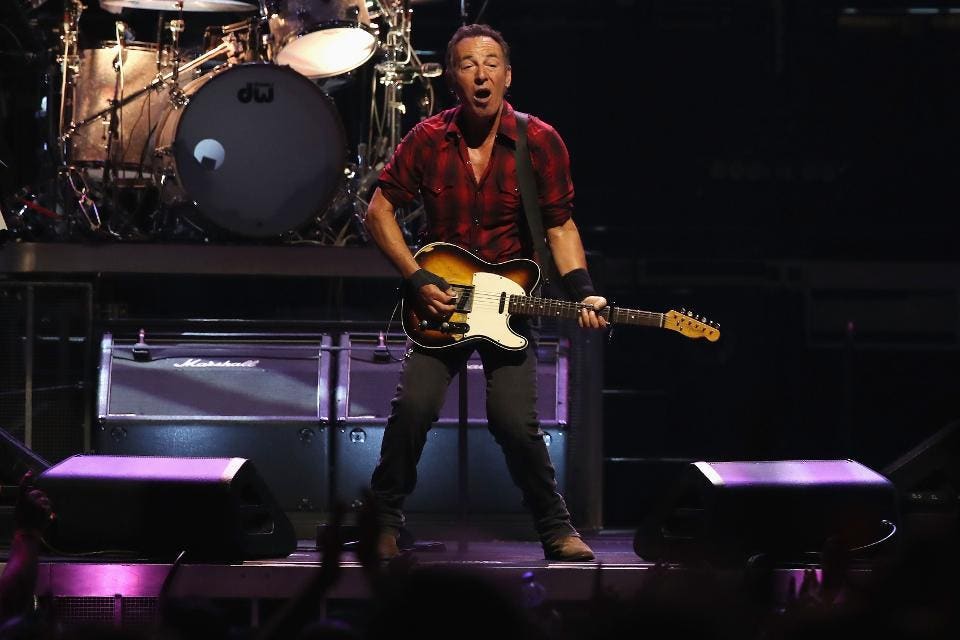 After punishingly low temperatures depressed turnout last week, Broadway bounced back with an uptick in sales - even as the average seat sold for a lot less than it did last winter.

What's to blame for the odd discrepancy? Ask The Boss.

Much of that price gap is due to none other than Bruce Springsteen. Tickets for The Boss's since-closed show averaged a whopping $508 a pop - more than $200 above Hamilton. That alone often shifted the entire industry's metrics by several percentage points in a given week. (Devotees can relive it on Netflix, which scored the distribution rights). Accounting for his absence, the difference is a much more believable $1.50.

However, Broadway is still attracting more buyers this winter than last, by a wide margin - over 1 million additional seats so far. And that discrepancy will likely stick around as awards season picks up. Absent a new, magnetic hit (like Springsteen, Dear Evan Hansen, or Hello, Dolly!), average prices will stay relatively flat as theaters fill up and producers cram seats with comped Tony voters and influencers, and set discounts to attract mavens in hopes of generating word-of-mouth.

Right now, there doesn't seem to be any such trend-breaker on the docket. Be More Chill built up a huge buzz on social media, but hasn't sold out any performances yet. Beetlejuice got panned in DC. Hadestown has a great industry cachet but is less commercial than Tootsie. No one's definitively in the lead yet.

The season's breakout hit seems to be not a musical but a play. To Kill A Mockingbird has grossed over $20 million so far, with advance sales close to another $2o million. Those are the kind of metrics about which producers (and investors) dream.

But all these numbers are, on a certain level, relative. Broadway is selling more tickets this season because there are more shows running, simple as that. In terms of gross potential, the industry is raking in 81.9% compared to...81.7% last year. Attendance may be up by 1 million total - but that's still just a bump of 1% in potential capacity, given all the additional playing weeks.

In other words, no matter how much content is on the block, there's a ceiling to the consumption. More than 10% of tickets remain unsold, which has been the case for roughly the last decade.

Lee is an actor, writer, producer, and investor. Follow him @LeemourSeymour or visit www.lee-seymour.com to learn more.