Dua Lipa is set to present the Justice for Survivors Award. Aloe Blacc is also slated to appear.

Bruce Springsteen and his wife and bandmate, Patti Scialfa, are set to perform at the inaugural Albie Awards at the New York Public Library on Thursday. Dua Lipa is set to present the Justice for Survivors Award, alongside Nadia Murad, to iAct, an organization that supports survivors of genocide in refugee camps.

George and Amal Clooney, co-founders of The Clooney Foundation for Justice (CFJ), and Darren Walker, president of the Ford Foundation, will host the Albie Awards, which are named after Justice Albie Sachs, who played a key role in ending apartheid in South Africa.

“We believe that justice must be waged — it doesn’t just happen,” George and Amal Clooney said in a statement. “So, when journalists are locked up just for doing their job, we try to get them out of prison. When young girls are denied the right to study, work, or marry when they want, we help them fight for their rights through the courts. When minorities are targeted for genocide, we help trigger trials against the perpetrators. The Albie Awards add a new dimension to our work at CFJ: they are a way to shine a protective light on the many courageous individuals who, at great personal risk, have devoted their lives to justice.”

“We are seeing attacks on journalists, human rights defenders, women, LGBTQ people and minorities proliferating worldwide, with very little accountability,” added Darren Walker, president of the Ford Foundation. “With the Albie Awards, we hope to bring much-needed attention to the courageous work of our award-winners and to the critical importance of freedom of the press, the right to protest, and anti-discrimination principles more broadly.” CFJ operates in more than 40 countries, providing free legal support to victims of human rights abuses. CFJ’s aim is to protect those who are being persecuted and ensure their perpetrators are brought to justice, with a focus on protecting women, journalists, defenders of democracy and minorities. For more information, visit: CFJ.org.

It's a mystery what they performed,anybody know?

Chimes of Freedom would make sense but he may want to do something newer.

still unknown what was perfromed 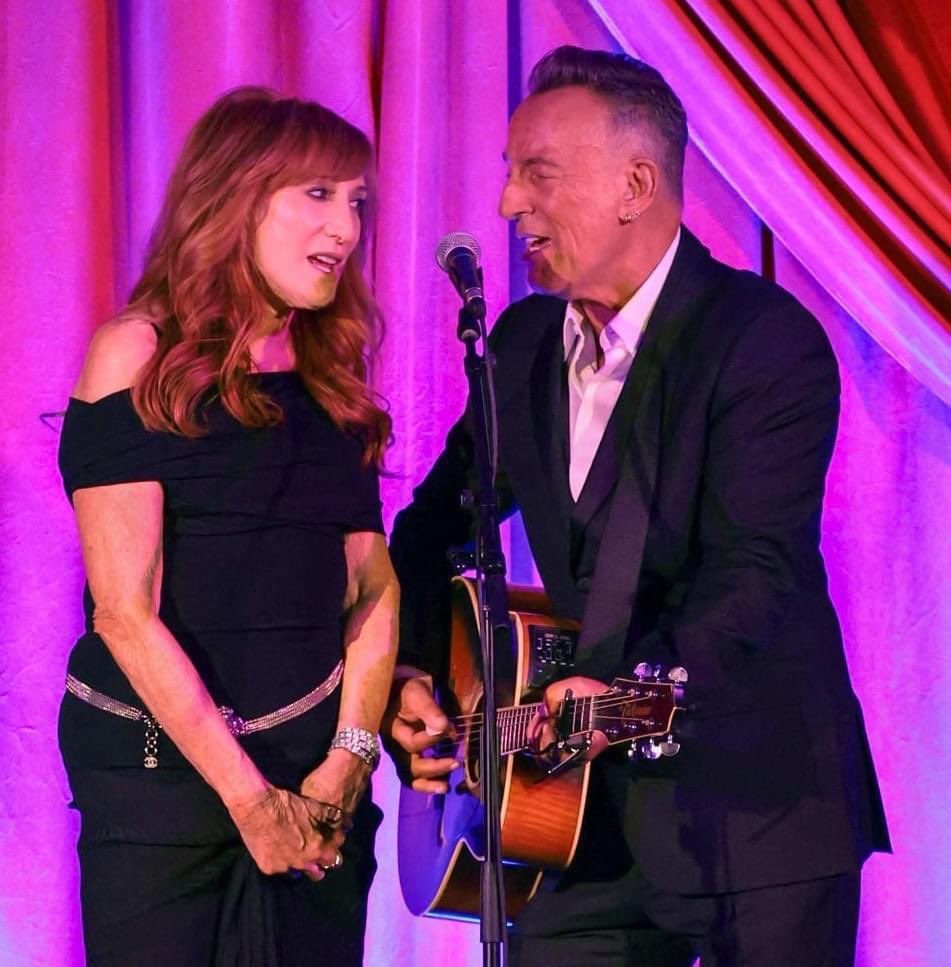 as posted on BTX Forum by ol'catfishinthelake

I was sorta hoping for something eyebrow lifting like “Spare Parts”.  🙀