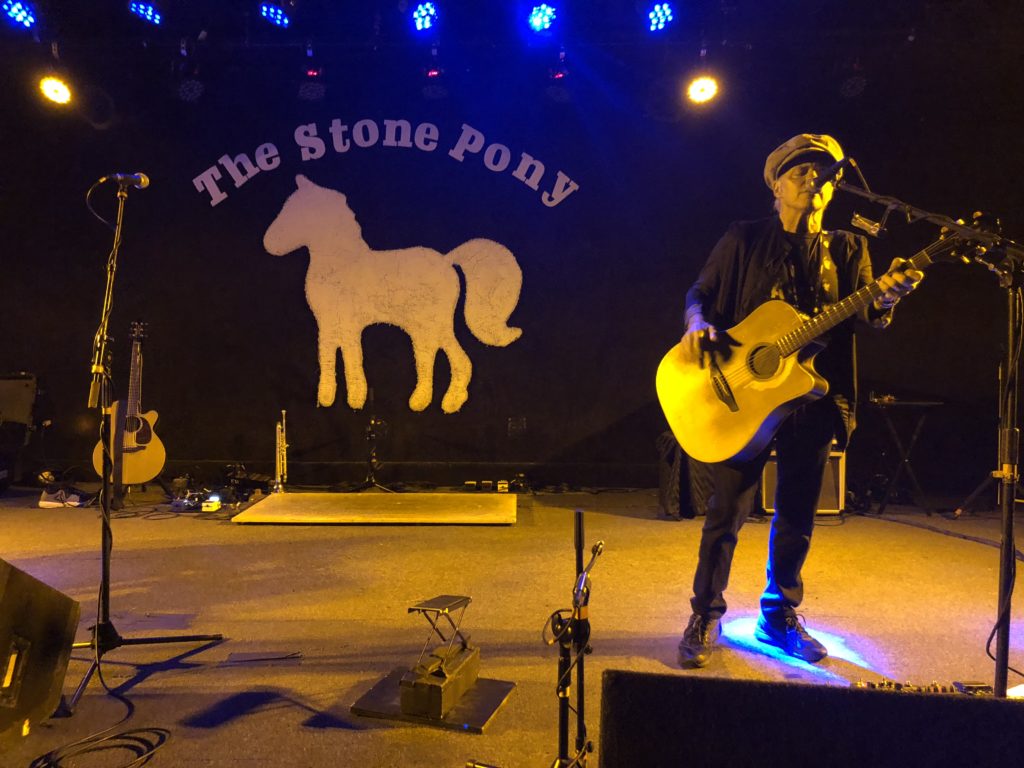 When Rolling Stone released the latest version of its 100 Greatest Guitar Players in 2015, Nils Lofgren was listed among the “panel of top guitarists and other experts” who voted for and ranked their favorites. In a more just world, he would have been one of the 100.

Lofgren, whom The Guardian has called an “unsung guitar hero” despite his being a “perfect power-pop genius,” has never gotten the attention he’s deserved. He’s best known as a sideman for giants like Bruce Springsteen and Neil Young rather than for his own music. And that may be  a personality thing – he has never demanded the spotlight. As Bono once put it, “Nils Lofgren is both front man and side man. The side man is a particular psychology … which requires real generosity of spirit toward the front man …” And saxophonist Branford Marsalis has said: “His musicianship will always overtake any desire to use the bandstand to call attention to himself …”

“His musicianship will always overtake any desire to use the bandstand to call attention to himself.” – Saxophonist Branford Marsalis

Lofgren recently spoke to NewsHour Weekend ahead of his sound check at the legendary Stony Pony music venue in Asbury Park, New Jersey. He said, “I don’t need to solo. Honestly, if you said, ‘Hey, [do you wanna] go to a bar and jam all night and play every lead in a blues band, or do you wanna just go play country piano and rhythm guitar with Willie Nelson,’ I’d say, ‘Give me the piano and the rhythm guitar.’” It’s an attitude that has served him well, and kept his career alive at times when his solo work, no matter how strong, wasn’t selling.

Modesty notwithstanding, Lofgren is a player of rare subtlety and taste. Here’s a playlist to demonstrate.

(listen to the full playlist on Spotify)

Sign In To Reply
Post
From the NY Times: Bruce Springsteen Is Living in the Moment
3 hours ago

Video: One hour 'Letter To You" interview for Apple Music
6 hours ago

Q&A: E Street’s Steve Van Zandt And Nils Lofgren On The Making Of The New Bruce Springsteen Masterpiece, ‘Letter To You’
12 hours ago
A very different review with some valid points: Is Springsteen's 'Letter to You' a goodbye note?
15 hours ago

I recently read this in a magazine article and... it struck a chord with me
1 day ago

Darkness in Retrospect
1 day ago

Trailer: Letter to You Documentary
1 day ago

Demi Lovato doesn't back down with anti-Trump performance at Billboard Music Awards: See video below:
10/15/201:59 PM