OatsTougher Than The Rest
Filmmaker Tom Jones and E Street vet Steven Van Zandt on the new film, which explores the history and music of the Jersey Shore’s most storied town.
MAY 22, 2019 11:31 AM 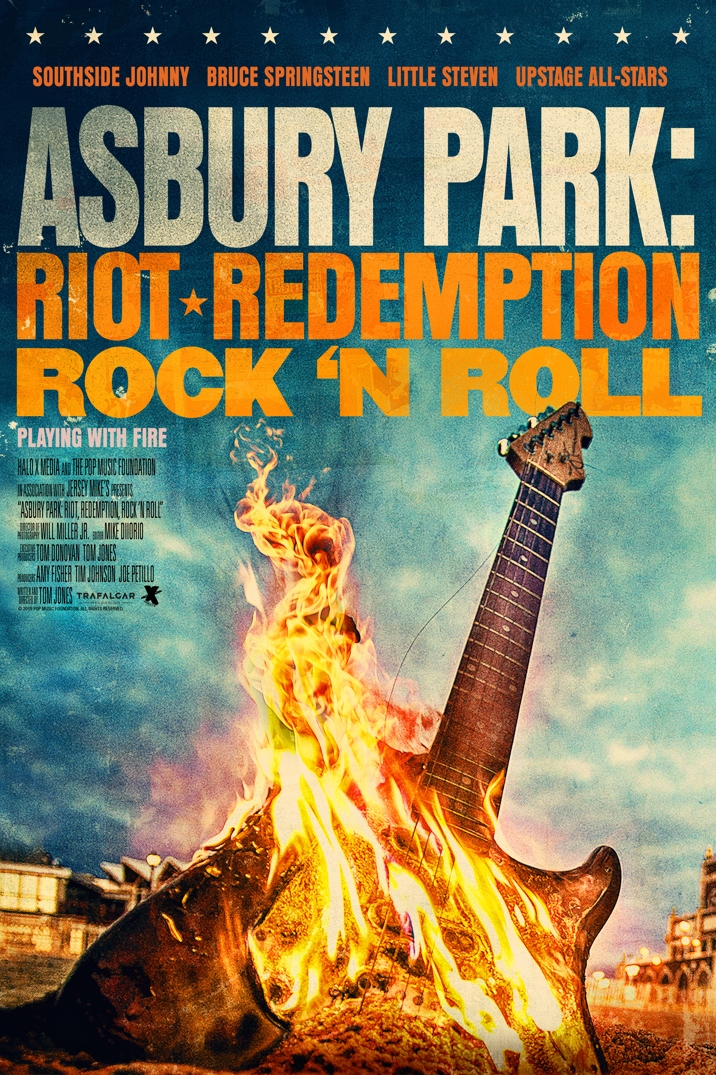 Well, I just made the most expensive home movie of all time,” filmmaker Tom Jones said to himself when the first version of Asbury Park: Riot, Redemption, Rock ’N Roll showed at the famed Jersey Shore town’s film festival two years ago. He’d made a good documentary about the one-of-a-kind social and musical history of this tiny city—but had failed to secure an original interview with Bruce Springsteen. That was like making a movie about the New York City skyline and omitting the Empire State Building.

Then the Boss himself unexpectedly showed up at the film’s premiere, eagerly joining a post-screening jam session with old Asbury colleagues like Southside Johnny, David Sancious, and others billing themselves as the Upstage All-Stars at the boardwalk’s 92-year-old Paramount Theatre. The following day, Jones got a call from Springsteen congratulating him on the film, and asking if there was any way he could help the filmmaker out.

Jones, a Jersey kid who first started hanging out in Asbury Park in the 1970s, didn’t just get Springsteen talking about the old days—he wound up filming the musician at the very spot where Springsteen first found his voice. That would be the Upstage Club, a long-abandoned room next to where Springsteen wrote his first album, Greetings from Asbury Park, N.J.—a hangout where musicians once jammed with one another after their paying gigs ended. The room still stands; Jones and his crew discovered that it still has “Steel Mill,” the name of Springsteen’s pre-E Street band, scrawled on the wall.

Once it was spliced into Jones’s existing footage, the Springsteen interview gave the film a new spine—and enough attention to book it in theaters nationwide for two nights, on May 22 and 29. Springsteen’s memories and commentary now weave through the documentary, which begins as a straightforward portrait of the beach town, then becomes a celebration of its chief export: rock ‘n’ roll. Come for the history; stay for the concert footage.

Asbury Park is now in the midst of an economic boom, which has inspired mixed feelings. “Our rock ‘n’ roll sacred sites are given no respect, and they’re all disappearing,” Springsteen sideman and Sopranos alum Steven Van Zandt told me via phone from Europe, where he’s on tour with the Disciples of Soul. “They are turning the club into condos,” Jones agreed. But while rents may be skyrocketing, restaurants, art galleries, micro-cinemas, new music venues, and boutique stores are flourishing. Crime is low, and opportunities abound—which wasn’t the case for decades.

The town, Monmouth County native Jones explained, was originally founded by “this guy, James Bradley, who made a fortune in the Civil War. He was a Methodist, and his doctor said, ‘If you don’t leave New York, you’re going to die’. Ocean Grove, to the south, was a Methodist town. Still is. Dry town. They bring tents in every summer. Further north is Long Branch, which now is a little too Miami Beach for my taste, with these giant towers they’re building. But at the time, it was the town of amusement parks and sin. So Bradley developed Asbury Park in 1871 primarily as a buffer to keep the noise away. It didn’t really work.”

Asbury Park became a vacation destination; its proximity to New York (and Philadelphia, too, sure) made it a natural spot for touring musicians. By the 1960's, it was nurturing its own sound: the rock and pop and singer-songwriter styles of the white-populated east side, the R&B of the largely black west side. The Upstage served as a common in-between space, a spot where the racially divided poles of this peculiar shore town could engage in a freewheeling exchange of musical ideas, creating some of the era’s most indelible tunes.

“The pop music of the 1960's, the two-and-a-half- and three-minute singles, remains to this day the highest evolution of the art form,” Van Zandt said without a hint of prevarication. (He’s still got no time for musicians who indulge in long solos: “Jerry Garcia was an extremely likable guy, but every single one of my high-school bands was better than the Grateful Dead.”)

In the utopia of the clubs, it seemed as if the tensions exploding into violence in other cities might be avoidable. Springsteen’s groups, for example—prior to and including the E Street Band—were almost always a racial mix; bassist Garry Tallent, for one, had also been the bass player in an otherwise all-black band, Little Melvin and the Invaders. But in 1970—the same summer when a baby faced Bruce Springsteen could be seen jamming with flowing, Robert Plant–esque hair and a red Mickey Mouse T-shirt at the Upstage—the inequality between east and west reached a boiling point. As the July Fourth weekend commenced, the city burned.

“Howard K. Smith put it on the national news three nights in a row. It scared everyone. It was just a big enough town that people had heard of it, but it was smaller than Detroit, smaller than Newark. It meant this could happen in your town,” said Jones.

There were 73 music venues in 1970—but the ones that burned down west of the tracks were never rebuilt. In fact, not much in the historically black part of town was rebuilt, and has not been up through to today. Only two clubs from those mid-century glory days are still standing: the Saint and, nearer to the water, the Stone Pony, where Southside Johnny & the Asbury Jukes were once the house band (performing originally with Little Steven, a.k.a. Van Zandt). They held the flame during the late 1970's and 1980's. By the early 1990's, a trip to the Stone Pony was like visiting Escape from New York—there was a club near the boardwalk, then a giant blank canvas of cement that was a free-form parking lot. Now, thanks to the town’s revival, you can walk across from the Stone Pony and grab a kimchi taco, drink a caipirinha, go antiquing, or play a vintage pinball machine.

Asbury Park: Riot, Redemption, Rock ’N Roll charts this resurgence, without ignoring the lack of development on the west side of town. It also rightly applauds the L.G.B.T. community for kick starting the rebirth of the shoreline area; the gay club Paradise opened on the shore in 1999, spurring further investments in Asbury Park. Anyone from the area knows this, but it is particularly gratifying to see Bruce Springsteen acknowledge it, as he does in the film.

Being “from the area” (or at least someone who’s visited) will definitely enhance one’s interest in this documentary. Those who frequent the shore can forget that local legends like Joe Grushecky, Bobby Bandiera, Gary U.S. Bonds, and Jimmy Vivino are not exactly household names. But that’s the charm of the film—and why Tom Jones, a guy who secured financing from Jersey Mike’s Subs to distribute it, was the guy to make it. He’s a true native son—and someone who really understands the allure of pork roll.

“It’s one of the mysteries of Western culture, but it needs to be grilled with a Velveeta-type product, and mixed with a little salt air,” he said after I asked him how he’d describe New Jersey’s state meat. That’s an authentic answer—and one that really encompasses the mysterious alchemy that makes this town a legend.